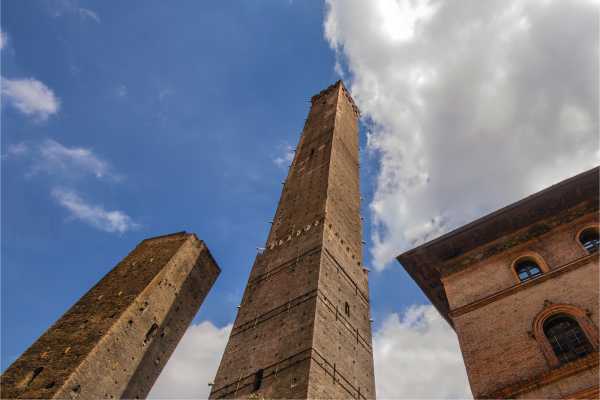 Le due Torri – Book your visit to the Torre degli Asinelli

The visit to the Asinelli Tower is suspended, to rebook click here Visit the Asinelli Tower, the taller of the two sisters: 97.2m high, leaning a noticeable 1.3° off-centre. It was built between 1109 and 1119 as a symbol of grandeur for the family by the same name. It then passed into the hands of the municipality the following century. The tower was a lookout and defensive stronghold. Its military purpose is evidenced by the lower loggia, also called rocchetta or mini fortress, that was built around the square base in 1488 as headquarters for the tower’s sentinels. Bologna is an extraordinary city and the Tower is its beating heart. The view from atop the Torre Asinelli is breathtaking, and the journey upwards is unique and unforgettable.  Ready? Meeting point: Piazza di Porta Ravegnana - Tower entrance Included: Introductory pamphlet about the Tower visit Access to the Tower Rate: Full price: € 5,00 p/person Reduced price: € 3,00 p/person (under 12 and over 65; school trips; university students; Card Musei Metropolitani holders) Free for Bologna Welcome Card EASY and PLUS holders; disabled people and helpers; authorized touristic guides; leaders of groups of minimum 20 people; children under 4 years old Note: Unaccompanied minors (under 18) and pets are not allowed in the Tower The sales of the services is managed by Bologna Welcome Incoming Travel Agency Cancellation policy: If you cancel or modify your booking at least 1 hour before the scheduled departure, there is no cancellation fee. If you cancel later, you will be charged the entire price of the tour. Note:  Visitors are invited to show up at the Tower as punctually as possible with respect to the timeslot selected, so as to avoid gatherings. 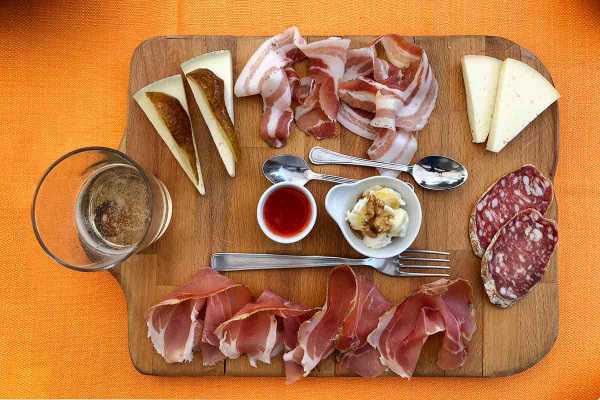 A tasting tour to discover authentic flavors: you will see up close how Parmigiano Reggiano is made, the processing and maturing of this fine cheese, in a traditional cheese factory on the mountains; you will take part in a cooking class; you will have lunch with the excellences of the territory and you will discover the recipes of the mountain cuisine; you will watch the milling of grain in an old water mill and taste the delicacies freshly baked; you will end the day with a wine tasting experience of excellent organic wine in a local winery. A comfortable minivan, an expert tour leader will be part of your food experience, in which every dish excites your taste buds. 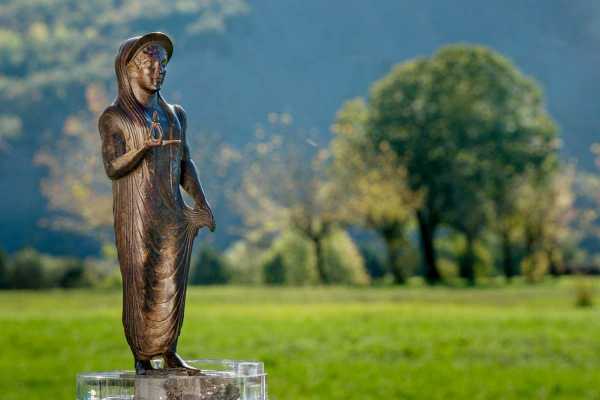 Marzabotto, Etruscan town and Monte Sole: between history and memory

An itinerary will allow you to discover one of the most suggestive and interesting places of the Bolognese Apennines. A visit to the Parish Church of San Lorenzo, where the perfection of Romanesque architecture can be seen in all its splendor; a walk along the Reno river, one of the most important waterways in the region; the Air Museum, where you are able to discover the remains of the ancient Etruscan city of Kainua; the Historical Park of Monte Sole, an enchanting nature reserve and a symbol of the Italian history; the solemn Memorial to the Civilian Fallen, a monument to memory. 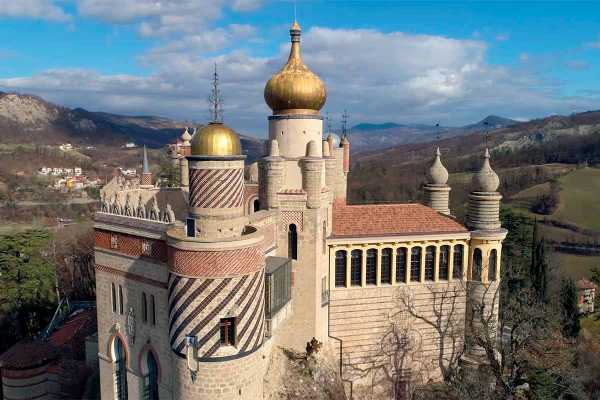 A daily itinerary will allow you to discover some of the artistic excellences of the Bolognese Apennines. A walk inside La Scola village, where time seems to have stopped; a visit to the Montovolo Sanctuary, where religion meet history; the spectacular scenery of the Sasso di Vigo; the amazing beauty of Rocchetta Mattei, a mysterious castle with an exotic style. A wonderful fling to be flung, accompanied by an expert guide, without giving up an excellent lunch with local products.