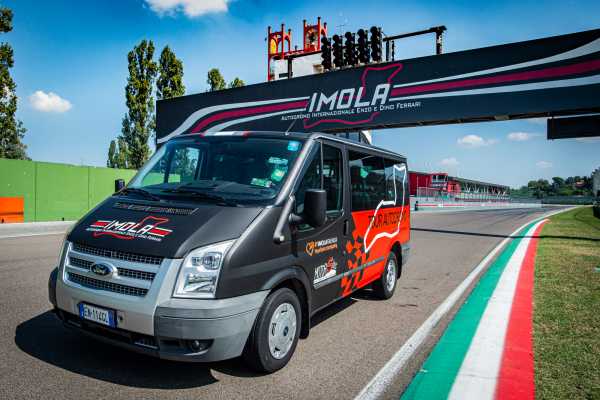 VISIT ENZO AND DINO FERRARI RACETRACK Enzo e Dino Ferrari Racetrack opens its doors to the public. IF Imola Faenza Tourism Company, in collaboration with Formula Imola, will take tourists and motorsport fans on a tour to the discovery of the sites where the magic happens. Pit lane, pit garages, race control room and the podium…do not miss the panoramic views of the racetrack! Exclusive racetrack tour on board of Motor Valley shuttle bus A guided tour of the track: two laps of the track, stopping at the most famous corners and at Senna Monument. Visit to the Race Control areas and podium. Reserved to a maximum of 8 participants, according to sanitary regulations.   DURATION: of about 1.15 hour MEETING POINT: 30 mintes before the start of the tour Info Point Autodromo Internazionale Enzo e Dino Ferrari  P.zza Ayrton Senna da Silva, 2 (entrance Viale Dante) 40026 Imola (BO) PRICE: € 30.00 per person € 20.00 kids 7 to 16 years old Free kinds under 6 F1 SIMULATOR: € 20 per 10 minutes driving session NB: during Racing Events, a ticket may be required to access the Paddock area, where the Simulation Room is located. Buying a F1 simulator session does not grant access to the Paddock area if an event ticket is required. Check www.autodromoimola.it for event tickets info.   ANTICOVID: FACEMASK IS RECOMMENDED on the shuttle bus and inside technical spaces of the Racetrack. Customized activities for more than 3 visitors or additional dates are available upon request: please contact booking@imolafaenza.it for further information. The visit will be in Italian and English According to anti-Covid regulations, all participants are required to wear a FFP2 facemask on board of shuttle bus. Respect for all national regulations related to control of sanitary emergency is required. No pets allowed on the tour. 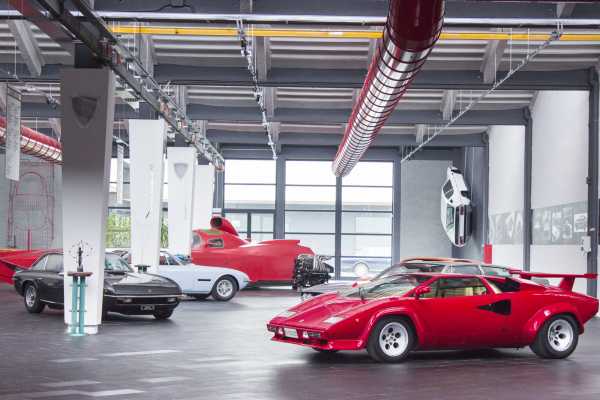 Ferruccio Lamborghini Museum: inside the myth of the automotive genius

Discover the Ferruccio Lamborghini Museum (Museo Ferruccio Lamborghini) and the exhibition dedicated to the history of his mythical automobile production. The Museum is just few kilometers from the city center of Bologna, at the heart of the Motor Valley. The Ferruccio Lamborghini Museum opened in 2014 in one of Lamborghini's former industrial facilities in Funo di Argelato as a place dedicated to the memory of the genius entrepreneur and of his innovative and designer engineering creations. Inside, you can discover his entire production: from the Carioca tractors with which he set up his first company in 1947 and the leading models designed in the 1950s, 60s and 70s to the mythical Miura SV. Enjoy a journey into car history, reliving the pivotal moments for the company set up by the genius that was Ferruccio Lamborghini. Meeting point: Ferruccio Lamborghini Museum's Reception, Strada provinciale 4 Galliera Sud, 319, 40050 Casette di Funo BO   Included: Ferruccio Lamborghini Museum Ticket   Rate: Full price: € 15,00 p/person  Reduced: € 10,00 p/person (university students with university card; teachers accompanying school classes; over 65; children from 6-14; bus drivers; tourist guides,  interpreters) Free: under 5 Cancellation policy: The ticket is not refundable   How to get: The Ferruccio Lamborghini Museum is located a few kilomiters from the center of Bologna and is easily accessible: By bus, from Bologna coach station Bologna Autostazione, Piazza XX Settembre, close to Bologna train station: bus line 97 Lame (approx. 30 min.) The museum is located about 2 minutes walk from the bus stop: Zona Industriale Larghe. You can check timetables on the Bologna Tper website. By car, the Ferruccio Lamborghini Museum is easily reachable thanks to its closeness to the motorway A13 Bologna-Padova (exit Bologna Interporto). After the toll, turn right, enter road SP3 and continue for 3 km. Turn right at the street signs Bologna/Galliera/Funo/S. Giorgio di Piano and at crossroads turn left towards road Strada Provinciale 4 Galliera. After about 1 km, the museum is on the left. By train, a railway station is only 15-minute walk from the Museum. Route Bologna-Ferrara-Venezia is operated by Trenitalia (stops Funo-Centergross). For further information, please see: www.trenitalia.com. You can arrive at Bologna Central Station via Frecciarossa or Italo trains and reach the Ferruccio Lamborghini Museum by taxi. The AV train takes only 60 minutes from Milan, 40 from Florence and 1 hour and 15 minutes from Venice to reach the Museum. 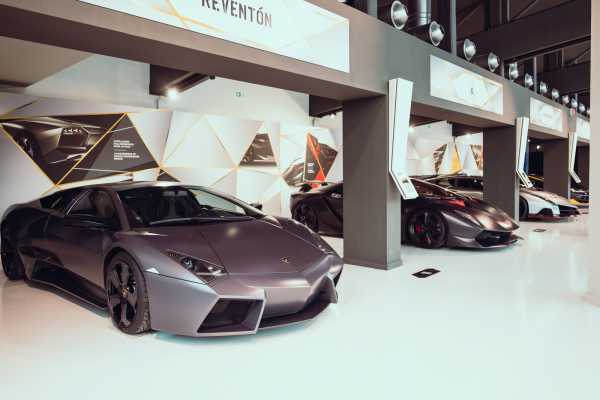 The Mudetec, Museum of Technologies Automobili Lamborghini, offers a unique experience through the masterpieces and technological secrets that have made ‘Lamborghini excellence’ recognized globally, since its foundation in 1963.  On display the most beautiful cars designed and built in Sant’Agata Bolognese: from historic cars such as the Miura, to the most recent super sports cars, and the limited editions and one-off series such as the Centenario, the Sesto Elemento and the Veneno. Meeting point: Mudetec, Automobili Lamborghini Museum Via Modena, 12 40019 Sant’Agata Bolognese (Bologna) Included: Entrance ticket to Mudetec- Automobili Lamborghini Museum Rate: Full price: € 15,00 p/person Reduced price: € 12,00 p/person (over 65; studenti over 19; Card Cultura holders) Reduced price Plus: € 5,00 p/person (under 19 students; disabled people and who accompanying disabled visitors) Free: tour guides and interpreters; under 5; teacher accompanying schools The reservation of the entrance to the Mudetec- Automobili Lamborghini Museum  for groups must be made by email by writing to booking@bolognawelcome.it in order to verify the feasibility of the visit. The sales of the services is managed by Bologna Welcome Incoming Travel Agency Cancellation policy: Tickets will not be refunded in case of cancellation. Rules to be respected inside the Museum:  mask wearing is compulsory. hands to be sanitised with the alcohol-based solution available in dispensers located inside the museum. horizontal floor markings help ensure social distancing rules are complied with. the maximum duration of the visit inside the museum is one hour.